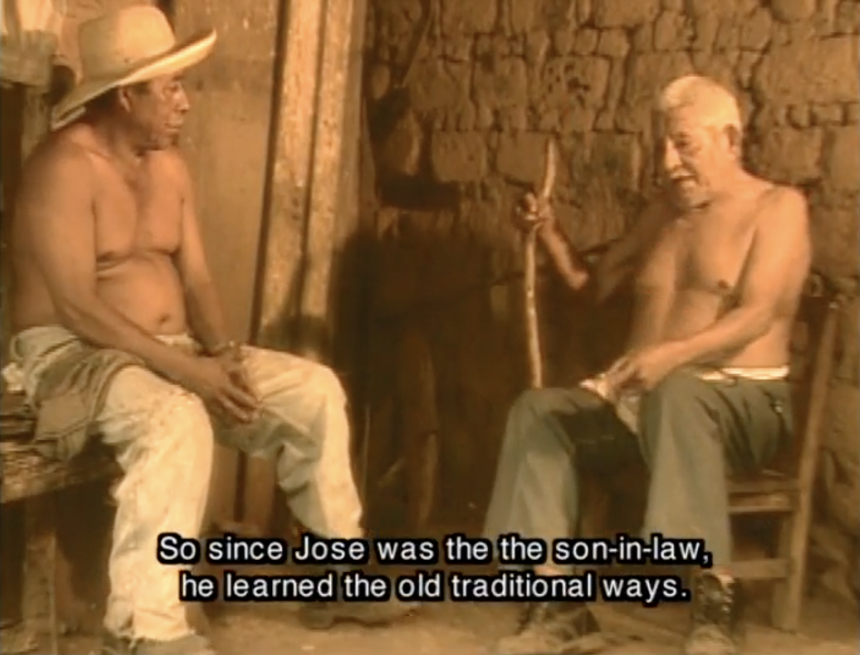 Please join us for a screening of Ama: La Memoria del Tiempo (2003), by Salvadoran poet and filmmaker Daniel Flores y Ascencio, followed by a discussion of the film with Indigenous activists and scholars.

This film is currently on view in the exhibition, Art for the Future: Artists Call and Central American Solidarities, at the UNM Art Museum. Flores played a central role in the development of Artists Call.

In the film, Flores explores events surrounding La Matanza (“the massacre”), the 1932 Salvadoran uprising in which around 30,000 mostly Indigenous civilians were brutally killed by the Salvadoran military. It features the first person account of these events by Don Juan Ama – the nephew of José Feliciano Ama, the Indigenous leader of the revolution – who was a young boy at the time of the massacre. The film is part of a larger body of work by Flores that aims to rupture endless cycles of trauma and terror within El Salvador, mainly through the telling of distinct Indigenous experiences, both past and present.

The film screening will be followed by a discussion with Flores, Petuuche Gilbert who is an Indigenous activist who lives on the Acoma Pueblo, and Justine Teba, a representative from New Mexico’s Red Nation. The conversation will be led by Violet Barton, MA/MPA, who is currently a PhD Candidate in Interdisciplinary Studies at University of California Merced. The panel discussion will also be available on Zoom.

For more information about the film, please read this interview with the filmmaker: https://bombmagazine.org/articles/daniel-flores-y-ascencio/

The UNM Art Museum is closed while we prepare for our next exhibition. See you in 2023!